Menu
Can I continue driving in Europe post-Brexit?

Can I continue driving in Europe post-Brexit?

The UK is set to leave the European Union on October 31st. The departure will rescind the UK’s participation in EU law, leading to many changes to laws and regulations in industries across the country. Currently, anyone with a full UK driving licence is legally permitted to rent and drive cars throughout the EU without any extra licence, permit or fee requirements. Once the UK leaves the EU, this may no longer be the case.

The uncertainty hinges on the future relationship between the United Kingdom and the European Union. The government has so far been unable to reach a deal with the European Union that has secured the approval of Parliament. Unless the disparities can be reconciled, the UK is heading towards a no-deal Brexit. In this article, we’re going to discuss whether or not you will be able to continue driving in Europe post-Brexit, whilst taking into account the various outcomes of ongoing negotiations. 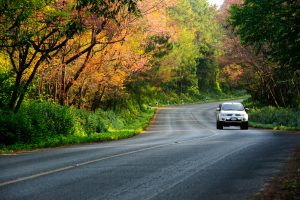 Can I continue driving in Europe if a Brexit deal has been agreed?

If the UK leaves the EU with a deal, the current laws will remain the same. UK licence holders can continue to drive in all EU and EEA countries with their UK driving licence alone. This has been negotiated in The Withdrawal Agreement, as stated by the Department of Transport.

Can I continue driving in Europe in a no-deal Brexit?

If the UK leaves without a deal, all EU laws will cease to apply. This includes the current single-licence driving policy. The government has stated they will seek to put in place new arrangements for EU and EEA countries to recognise UK driving licences. Until then, UK driving licence holders will require an extra permit to legally drive in some EU and EEA countries. This permit is known as an International Driving Permit (IDP).

What is an International Driving Permit?

An IDP permits you to legally drive in other countries. It is currently needed to drive in countries outside of the EU, but may soon be needed to drive within the EU as well. An IDP costs £5.50 and can be obtained via a UK Post Office or mail order. There are three types of IDP issued to UK licence holders; which IDP you obtain will depend on the country you intend to drive in. It is at the discretion of each EU and EEA country to decide whether or not UK licence holders will require an IDP to drive in their country. Some countries have confirmed they will accept a UK photocard licence alone, without an IDP. Other countries will allow a UK photocard or paper licence without an IDP.

Which type of International Driving Permit do I need?

In a no-deal Brexit scenario, you will need a 1968 IDP and your UK licence to drive in:

In a no-deal Brexit scenario, you will need a 1949 IDP and your UK licence to drive in:

In a no-deal Brexit scenario, you will need a 1926 IDP and your UK licence to drive in:

Are there other changes for driving in the EU after Brexit?

In addition to carrying an IDP, UK-registered vehicles will require the following to drive in the EU after Brexit:

Here at Wyatt Auto Services, we ensure our team stay up to date with all the changing rules and regulations post-Brexit. We aim to ensure our customers remain compliant with all road laws throughout the EU by offering expert advice and auto services from our service centre in Barnsley.

If you’d like to receive professional vehicle servicing from an industry-leading business, give our team a call today.