You may not associate cars with Halloween (although there isn’t anything more frightening than getting a flat tyre on your way to a big business meeting) but thanks to the wonders of cinema, terrifying cars have become a part of our lives on a handful of occasions.

In preparation for Halloween, we’ve compiled a list of some of cinema’s most haunting, spooky and downright terrifying vehicles. 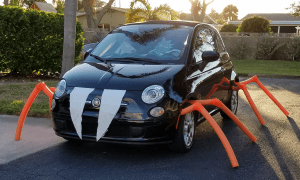 ‘Christine’ was one of the earliest film adaptations of Stephen King’s work. Despite a stellar cast, the true star of the movie was Christine, a beat-up vintage 1958 Plymouth Fury with a mind of its own. The car, having developed a possessive personality,  becomes embroiled in a sinister love triangle that results in deadly consequences. 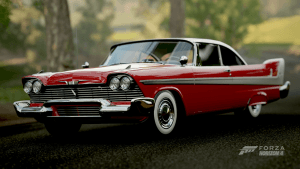 Probably the most famous movie car on this list, the 1981 DeLorean DMC was relatively unspectacular in and of itself. The DeLorean was the only model ever produced by the DeLorean Motor Company and became notable largely for its disappointing lack of power and performance. Nowadays, ‘DeLorean’ is a household name, remembered overwhelmingly for its role in the 1985 hit ‘Back to the Future’. About 6,500 DeLorean cars were thought to still exist in 2007.

The film follows the adventures of Marty and Dr. Emmett “Doc” Brown, the latter of whom builds a time machine from a modified Delorean. Chaos ensues when Marty finds himself stranded in the past and must find his way back to the future. 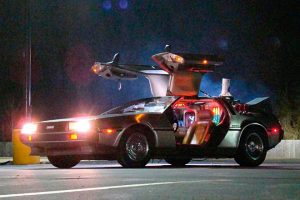 Who you gonna call? If you said anything other than Ghostbusters, you clearly haven’t watched the 1984 hit fantasy comedy film starring Bill Murray, Dan Aykroyd and Harold Ramis. Ghostbusters quickly became a cult classic after hitting the big screen. The film, loved by children and adults alike, tells the tale of three scientists in their quest to hunt the paranormal.

Featuring alongside the scientists was the Ecto-1, which quickly became one of the most iconic vehicles in film history. The Ecto-1 was a modified long-wheelbase commercial chassis 1959 Cadillac Miller-Meteor Ambulance conversion. Featuring a long chassis, the original 1959 Cadillac Miller-Meteor was used as both a funeral car and an ambulance and was available in various colour combinations. 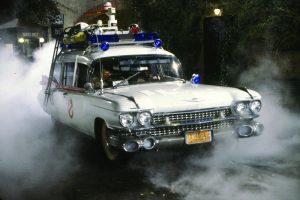 ‘The Car’ is a 1977 American horror film, featuring a series of hit-and-run deaths perpetrated by a heavily customised 1971 Lincoln Continental. The film was influenced by numerous ‘road movies’ at the time but will be remembered for the haunting black car whose headlights glared beneath the fog.

There’s nothing terrifying about our services here at Wyatt Auto Services. We have extensive knowledge of car makes and models, allowing us to provide thorough MOTs, diagnostics and repairs for every customer across Barnsley and the surrounding South Yorkshire areas. Get in touch with our team today to learn more.